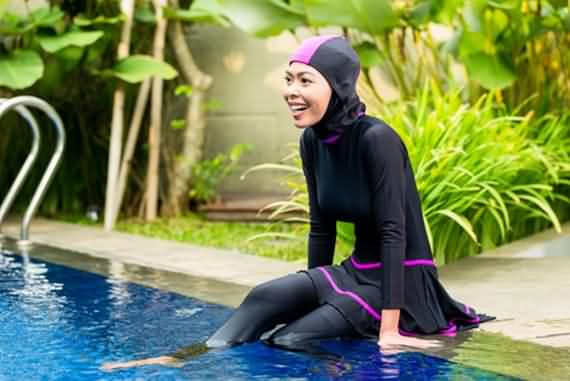 Burkini swimwear is a type of swimsuit designed, founded and named like that in Australia.

Burqini, burkini , or burqa design is for both Christian and Islamic traditions of modest dress. This swimsuit covers the whole body except the face; hands and the feet, whilst this swimsuit being lights enough so you can wear it and swim freely. It’s kind of resembles full length wet suit, but designed with kind of built in hood, some other burkinis designed as two pieces bathing suit: with long sleeve overall with a scarf or cap on women’s head and there is dazzling sleeveless sea dress, which modestly covers up the contours of the body, but is somewhat looser and made of swimsuit material.

Long time ago, for too many years; the Christian sisters (nuns) used to go to the sea or ocean and swim with their uniform. Same like some Islamic women. Because both of them (Christian sisters and Islamic women) trying to respect their bodies; so no one can see it at all. Some other people use this swim wear to offer the best possible protection from the sun while they are adhering with best standards of modesty. Burkini is a new version of these swimsuits that can be used when swimming or on the beach. This Swim wear lets observant all women to enjoy swimming at the beach or pool.

Nowadays, the modest Burkini Swim wear became the perfect solution for some of the modern active women, who love swimming and spending time at the beach without any sun burns or tan and blocking 98% of the sun’s harmful rays. There is a lot of competition between all factories to make it from superior quality fabrics and good resistant materials to ensure long life for this swim wear. 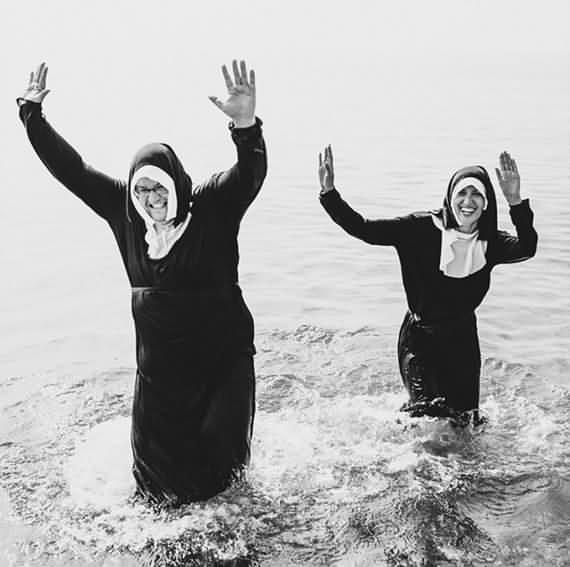 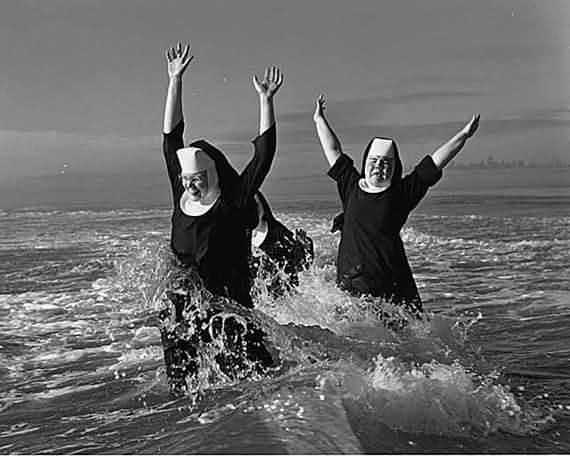 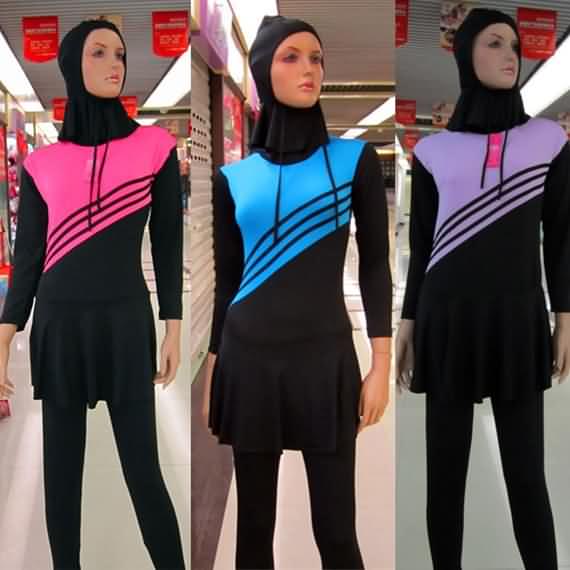 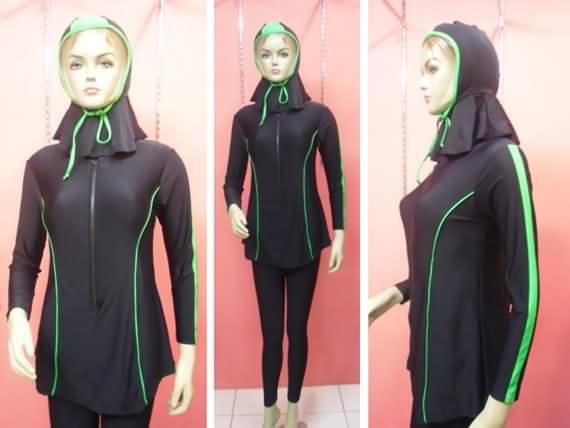 History of the Burkini Swim wear

The bikini as we know it today; emerged in Bikini Atoll in the Marshall Islands (located in the central Pacific Ocean, between Hawaii and the Philippines) in last century in the year of 1946. He’s a Frenchman designer his name is Louis Reard. He chosen the name of Bikini; because he expected the garment to trigger the same sort of shock; and explosive impact on culture as the atomic bomb had on geopolitics.

At the same time, and after Louis Reard designed the one peace Bikini; his fellow designer Jacques Heim introduced his (admittedly less skimpy) version of the two-piece, dubbing it the atome.

The Burkini Swim wear founded in 2003 at Australia area, by designer called Aheda or Ahiida Zanetti.

burkini is a mix of two words, the words ‘burqa‘ which is a type of Islamic clothing and ‘bikini‘ the regular and famous word for swim suit.

Watching her niece playing netball in her traditional Hijab / Veil She inspired her ; from here she had her first idea to begin the real search for sporting garments suitable for Muslim women.

In the beginning she wasn’t able to find anything matches all the demands for comfort and flexibility with the requirements for modesty, until she designed and produced her first examples of AHIIDA’s; then this trade mark have gained such global renown and recognition; and became after that one of the most famous clothing lines swimwear.

They developed this line with the most latest Islamic code of dressing, and then they got an official approval and certification from the Islamic community to encourage girls to practice sports; and change the sporting lifestyle of Australia and many other countries. They also changed the type of swimming costume that some Muslim women wear. Finally, let’s sees this new version of the swim suit. Enjoy. 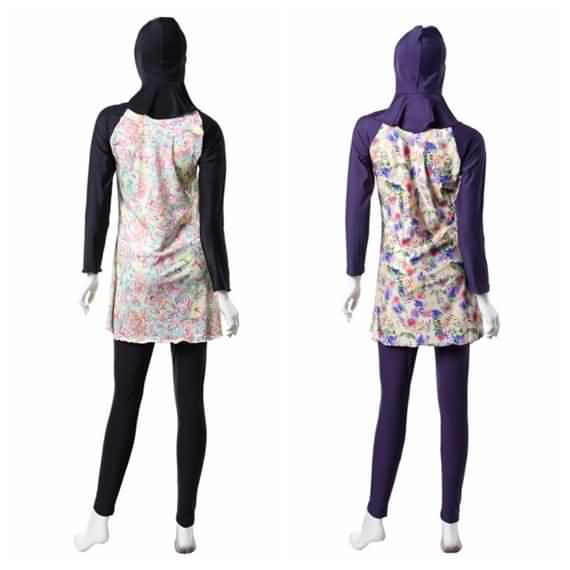 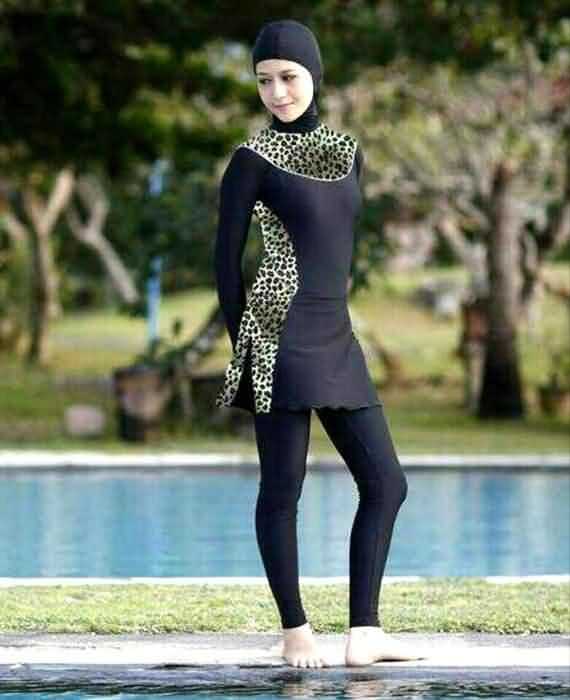 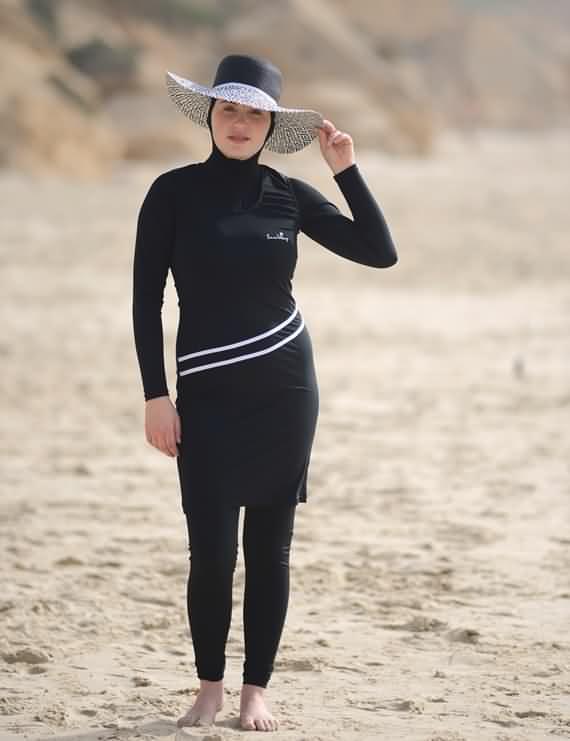