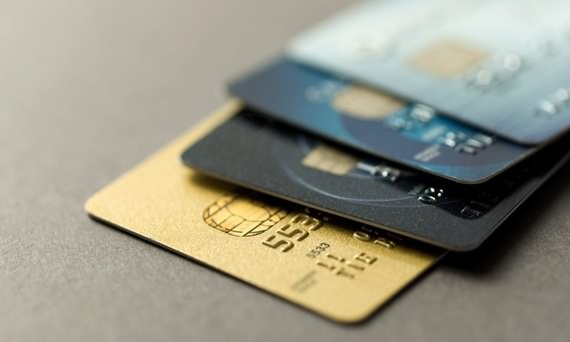 it started in every where inside the whole world long time ago in different ways when some rich people lend who ever need some money with some interest in return.

Buy Now, Pay Later is the main concept of any Credit card.

In the 1800s some rich people came on the stage to use all people who needed money in new names; they called themselves: illegal small loan lender, realtor, pawnbroker, friend, mortgage lender or family member. (You can pick your poison if you needed money badly).

In the 1920s, some department stores and oil companies started offering metal charge plates and courtesy cards to their loyal customers only so they could use to charge purchases. But these cards were accepted by the merchants that issued them only, similar to our modern-day store cards. All restaurants didn’t even offer such charge plates or even cards.

That’s means the first credit cards were really just substitute metal charge plates, tokens, markers or even courtesy cards for payment; rather than deal with looking up the account numbers for every transaction, after that some stores started issuing credit cards or tokens instead. The way to pay the bill, the customer simply had to pay or would likely lose credit with the store.

According to NerdWallet, in 1946, John Biggins a banker of the Flatbush National Bank of Brooklyn, New York, USA; for me he is the first inventor for the Credit card in the world when he decided to try a new experiment in providing credit to the local community around his bank. He promoted his new concept which he called Charge-It program so the merchants could deposit their sales slips in the bank, and the bank would bill the customer; which is a new way for the local stores to offer credit to patrons of the bank.

In 1950, the credit fever moved to stores. Frank McNamara a New Yorker businessman the owner of diner club who faced embarrassment when he realized he’d forgotten his wallet. But thanks God his wife covered the bill. Mr. McNamara didn’t forget the event at all and he was thinking for a solution for that problem. A few weeks later, Mr. McNamara discussed a new idea for a diner’s club with his lawyer. The idea was using the Diner’s Club card, so people could eat in a variety of restaurants and pay their debits at the end of the month. And for me Mr. Frank McNamara is the first major multipurpose charge card issuer and the developer too in the mean time.

Diners Club aimed for the mass acceptance by issued its first credit cards made from cardboard. It charged all the merchants a 7% transaction fee for every transaction, but Diners Club assured them that the cardholders would spend more than the non-cardholders. But all cardholders must make their payment in full each month. They called it at that time as charge cards; but after that time, they call it credit cards. After period of time Diners Club issued a credit card accepted across several merchants.

In the 1958 some of the major companies joined the competition; bank of America issued the first plastic card called “BankAmericard”. This card was accepted by some several different types of merchants. At the time this card was limited to the state of California at first. It also allowed some customers to revolve the balances; this was a novelty at that time. The bank after that faced a lot of loss, despite the losses, in 1961; the card generated its first operating profit. 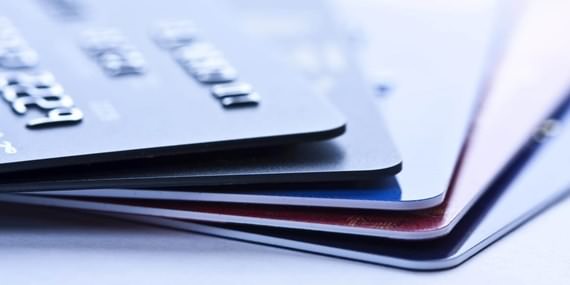 In 1966, Bank of America began licensing its cards to banks in other states to expand its business. This allowed all the other states banks to issue cards that were accepted by all the merchants that hold Bank of America card. In the same year, a separate group of California banks started the Interbank Card Association ICA, working together to manage all the issuer merchant transactions.

After that, these two organizations evolved into two nationwide networks. They now effectively act as middlemen between the issued cards from the banks and merchants, to ensure that all the transactions are legitimate before they get through and working with the merchant banks to complete transactions:

BankAmericard eventually became the famous Visa, which then spun off from Bank of America.

The Interbank Card Association gained more member banks and changed its name to MasterCharge, which later became the famous MasterCard.

The credit card industry grown up very fast from thousands of cardholders to millions or may be more.

In 1968 the lawmakers stepped in, to make new lending law to standardized methods of calculating annual percentage rates which is part of the Consumer Credit Protection Act. But this law didn’t see the light until an approval from the congress; which took around eight years from deep studying.

In the 1970s and ’80s, each company from the big two chains made a logo on its own cards so every one can identify the card from its logo; and the merchant will easily know that they can accept this card or not. After that most the bank issuers began adding new perks to their cards to compete.

In 1986, another big chain which is Sears introduced a new credit card called the Discover card; this new credit card offered consumers a small rebate on all their purchases; making it one of the first cash-back cards in the U.S.

Competition exploded more and more. We found new Issuers outside banks; this new issuers had relied on their networks’ brands to promote their cards. They began with offering sign-up bonuses, low-interest periods, frequent flier miles and other enticements etc….

Nowadays, nobody can live without credit card; it’s part of our lifestyle; and don’t forget to follow the evolution of credit card technology.