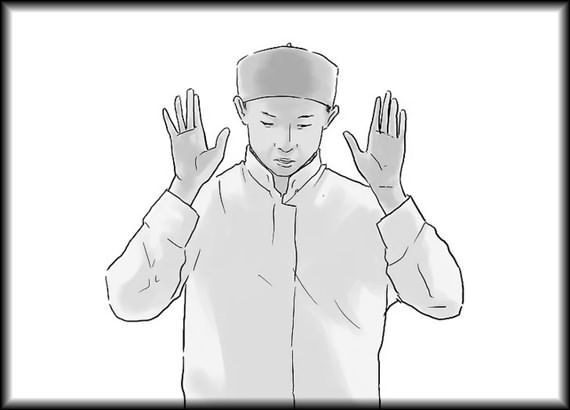 How To Pray In Islam Coloring Pages

Islam built on five pillars ; it’s the core beliefs and practices of Islam: Profession of Faith (shahada). The belief that “There is no god but God, and Muhammad is the Messenger of God” is central to Islam, Prayer (salat), Alms – charity (zakat), Fasting Ramadan (sawm) and Pilgrimage (hajj).

Prayer is the second pillar of Islam and without it you won’t be a real Muslim. After you make just one of these two things : your Ablution (Wudu) or tayammum (dry ablution) you can proceed and begin to pray (salah).

For all Muslims, the five daily prayer times (called salah) are among the most important obligations of the Islamic faith. Prayers remind the faithful of God and the many opportunities to seek His guidance and forgiveness. They also serve as a reminder of the connection that Muslims the world over share through their faith and shared rituals.

Depending on which prayer you are performing there will be slight differences in how these units (rakah) are performed. Here is a summary of how each of the five daily prayers differ from one another:

Fajr – the dawn prayer. It is two units Rakah Salah.

Maghrib – the sunset prayer. It is three units Rakah Salah.

Isha’a – the night prayer. It is four units Rakah Salah.

The prayers are said while standing toward Mecca on a clean place in your house; or on a small prayer rug ; though using one isn’t required. The prayers are always recited in Arabic language while performing a series of ritualized gestures; and movements intended to glorify Allah and proclaim devotion called unit or (Rakah). The unit (Rakah) is repeated two to four times; depending on the prayers time on the day. 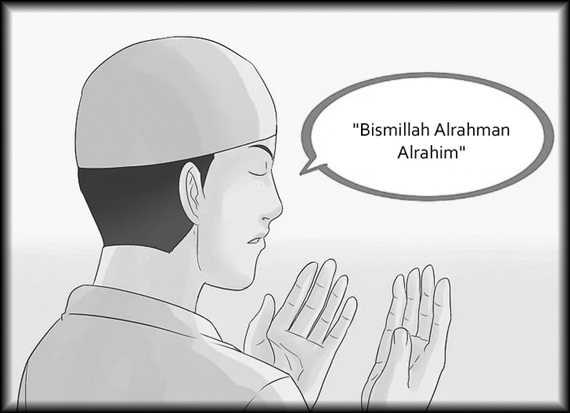 is the Islamic concept of performing an act for the sake of Allah. 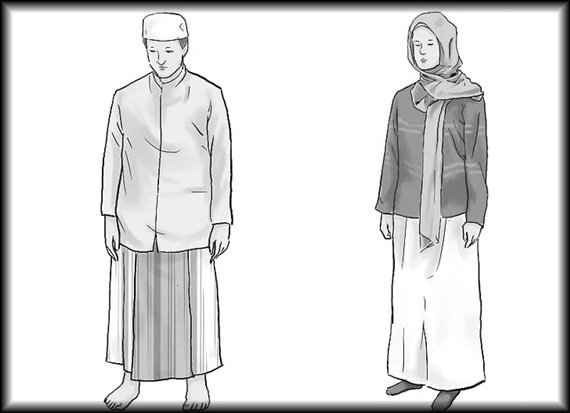 Men and women must both smell good and cover themselves with material that covers the skin throughout the prayer. While women must cover everything but their faces and hands, men must keep the area between their navel and knees covered.

Each unit (Rakah) you will do: 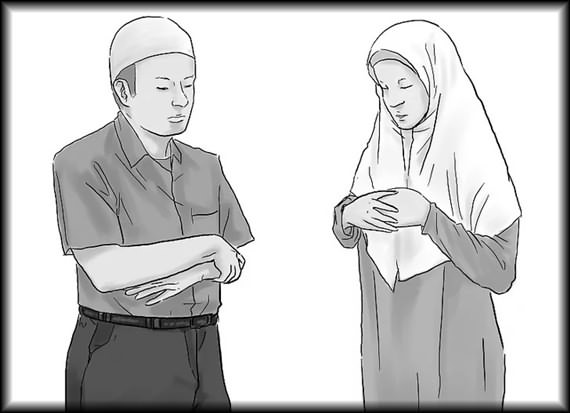 Qiyaam: Still standing, faithful cross their right arm over their left across their chest or navel. The first chapter of the Quran is read El Fateha then any big or small chapter ; along with other supplications. 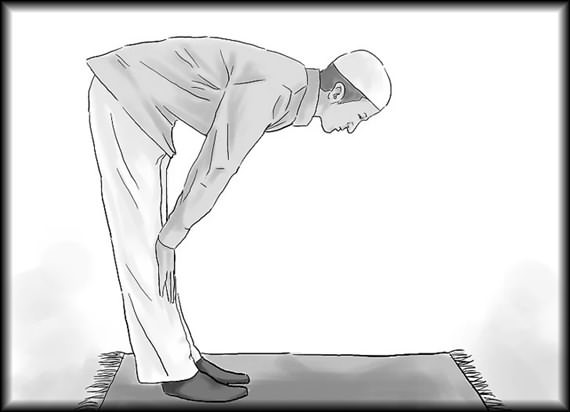 Ruku: Worshippers bow toward Mecca, place their hands on their knees, keeping your eyes focused on the ground and repeat, “Glory be to God, the greatest,” three times. 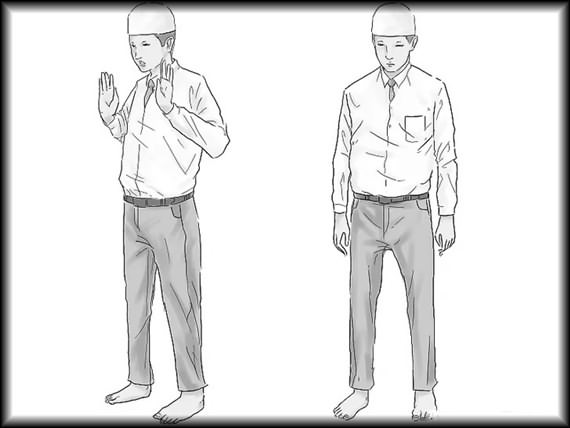 Second Qiyaam: The faithful return to a standing position, arms at their sides. Allah’s glory is proclaimed again. 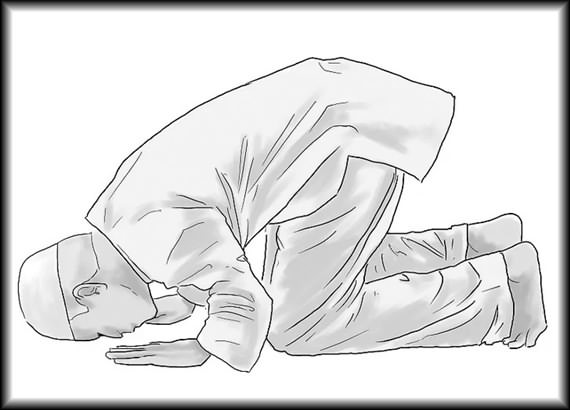 Sujud: Worshippers kneel with only palms, knees, toes, forehead, and nose touching the ground. “Glory be to God, the highest” is repeated three times. 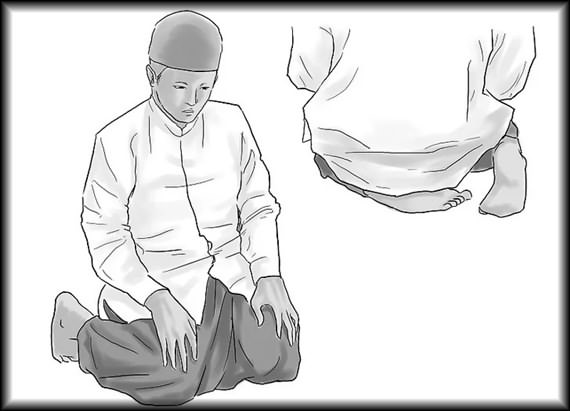 Tashahhud: Transition into a seated pose, feet beneath them and hands on laps. This is a moment to pause and reflect on one’s prayer. 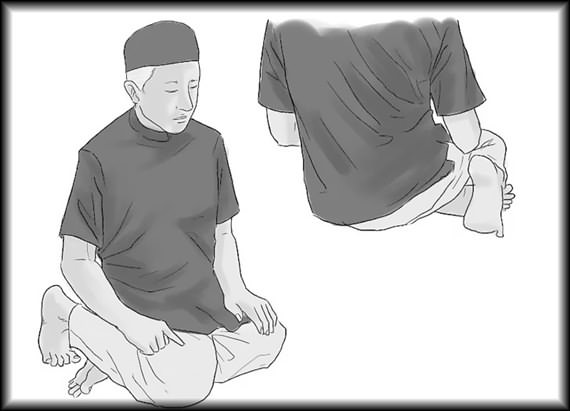 Tashahhud is repeated. Prayers to Allah are said; and the faithful raise their right index fingers briefly to proclaim their devotion; while they are saying there is no god but Allah; and Muhammad is his messenger; and the rest of Tashahhud. Worshippers also ask Allah for forgiveness and mercy. 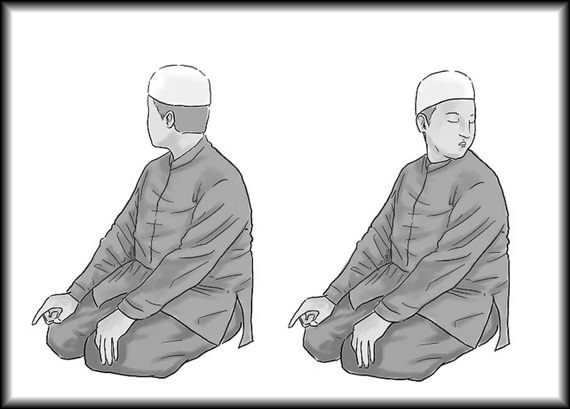 The worshippers will conclude their prayers with a brief message of peace for one another. Muslims turn first to their right, then to their left, and offer the greeting, “Peace be upon you, and the mercy and blessings of Allah.” Please don’t forget to mention 4urbreak website link in your website.