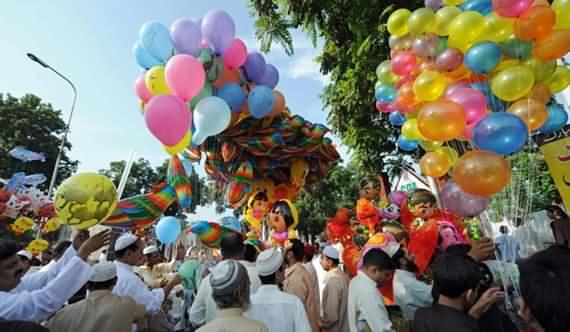 May be soon, so Happy Eid … Eid al Adha, Eid ul Adha, Eid Al Kabir, Greater Eid or the Feast of Sacrifice; is the major and the biggest Muslim holiday all over the world for a period of four days.

And it’s the second feast of the two Muslim feats celebrated worldwide each year. All Muslims must attend this special pray which is Sunnah (recommended act by prophet Mohamed) and listen to a sermon; it held at different major mosques or in public open air parks and at any Islamic centers all over the world. Same like Christmas Eve the second holiday after Easter.

Feast is a holiday that was granted to the all Muslims as a gift from ALLAH Almighty; so we have to thank GOD a lot that day.

Al-Adha always take place on the 10th day of Zu el Hajja month; the 12th month and the last month of the Islamic lunar calendar. It’s after 70 days after Ramadan (we must check out the moon of the beginning of each month).

Eid Al Kabir date when measured in terms of the solar calendar is never accurate; or the exact same as it would have been in the previous year date; due to the difference in number of days of each month.

Eid days are one of the most remembered and important days of the Islamic Calendar. Children get gifts or money to buy what ever they want to commemorate this holiday. On this day, all Muslims celebrate in several ways. Some of them go out, some other make plans to go out of the country, other people gather themselves and go to parks; but all of them must call and visit family, relatives and friends on these days. 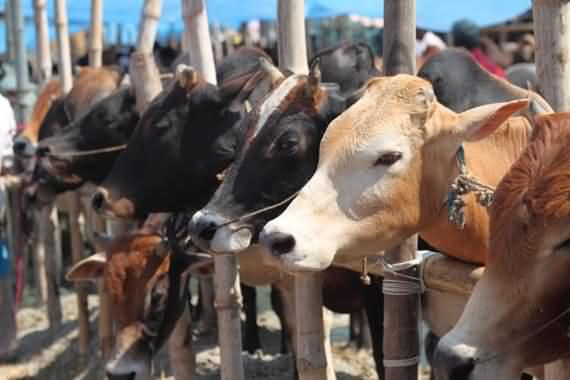 The foundation of it is based on the loyalty and sacrifice of ALLAH’s Prophet Ibrahim, back to more than ten thousand years ago. The Historical scenario started with a dream that Prophet Ibrahim he was commanded by GOD to raise the foundations of the Kaaba (home of ALLAH on earth).

After Prophet Ibrahim waked up he decided instantly to go to Mecca along with his wife and his only son Ismail who was just a toddler. The way to Mecca took a lot of hardships and sweat to reach, because this place was just a dessert with no water within reach.

However, without any complaint or single word, the prophet followed what GOD told him to do in his dream; because he knew for sure that dream a message from Allah. After he raised the Kaaba, prophet Ibrahim also saw another dream sacrificing his only son Ismail for the sake of Allah.

After prophet Ibrahim saw this dream several times, he told his son Ismail about it, without any hesitation or wasting another moment, Ismail asked his father to carry out GOD’s commands; and guaranteed that he was completely ready to give up his life for GOD and submit to Allah’s will. when Ibrahim was about to give up his son Ismail’s life, Allah spared Ismail’s life and replaced him with a lamb; which was what Prophet Ibrahim eventually sacrificed.

In remembrance of this generous act of prophet Ibrahim, we do celebrate that day as it was with slaughter the sacrificial animals (sheep, cows, camel, goat etc.) as commanded by Allah, and then distribute that meat to family, friends, neighbors, and to poor and needy people.

During the celebration of this feast, all Muslims remember and commemorate and prophet Ibrahim trials, by themselves slaughtering an animal (only livestock animals) such as a sheep, cow, camel, or goat only. All people outside the faith will misunderstand this action. 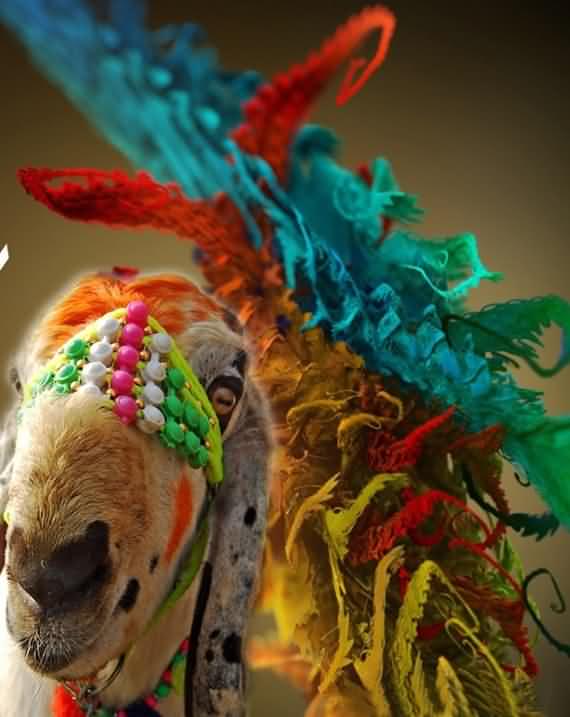 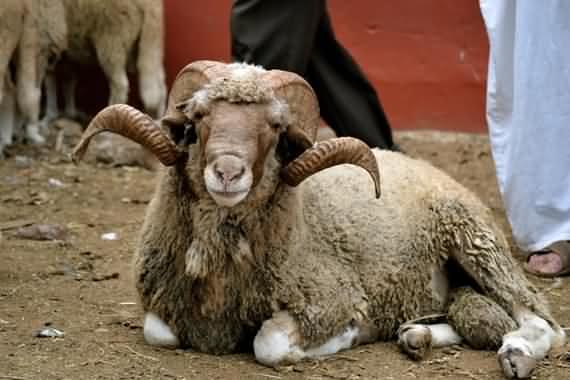 The sacrificed animals should be in a good state and perfect.

Fat enough so people can eat its meat.

These animals should be from the livestock (cows, camels, sheep, and goats).

You can not use defective animals. There are four (kinds of animals are evident) are not sufficient in the sacrifices: The one-eyed or whose loss of one eye, and the sick whose sickness, the limp whose limpness; and the skinny one which has no flesh on it.

Sheep and goats are the best animals for the sacrifice; but you can slaughter camels, cows and the buffaloes as Eid sacrifices.

The Eid Al Adha sacrifice sheep should be more than six months old; sufficient sacrificed for man and his own family.

The Eid sacrifice goats should be at least one year old; sufficient sacrificed for man and his own family.

The Eid sacrifice cows should be at least two years old; sufficient sacrificed for 7 persons and their own families.

The Eid sacrifice camel should not be less than five years old; sufficient sacrificed for 7 persons and their own families.

The Eid sacrifice slaughtering must be after praying Eid, to only sunset of the last third day of Eid, and should be slaughtering by the name of GOD (Bismillaah).

The sacrificer should divide it into three parts, one third with his family, one third in charity; and one third as gifts.

The day begins largely traditional, with prayers and a sermon followed by a large family gathering. People meet with their friends and loved ones, wishing one another ‘kol sana wa inta tayeb’, which translates to ‘I hope every year finds you well’.

For more information about Islam you can visit islamweb 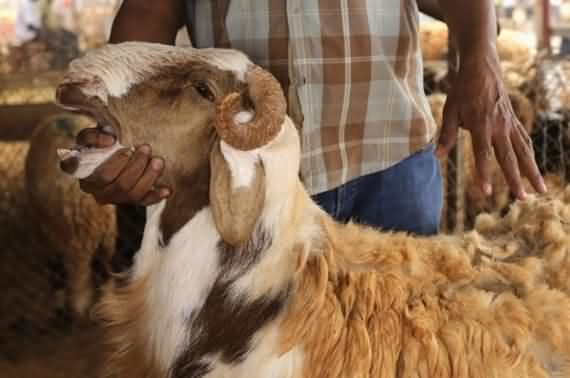 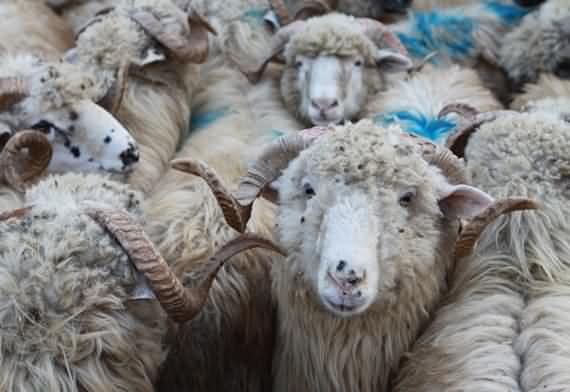